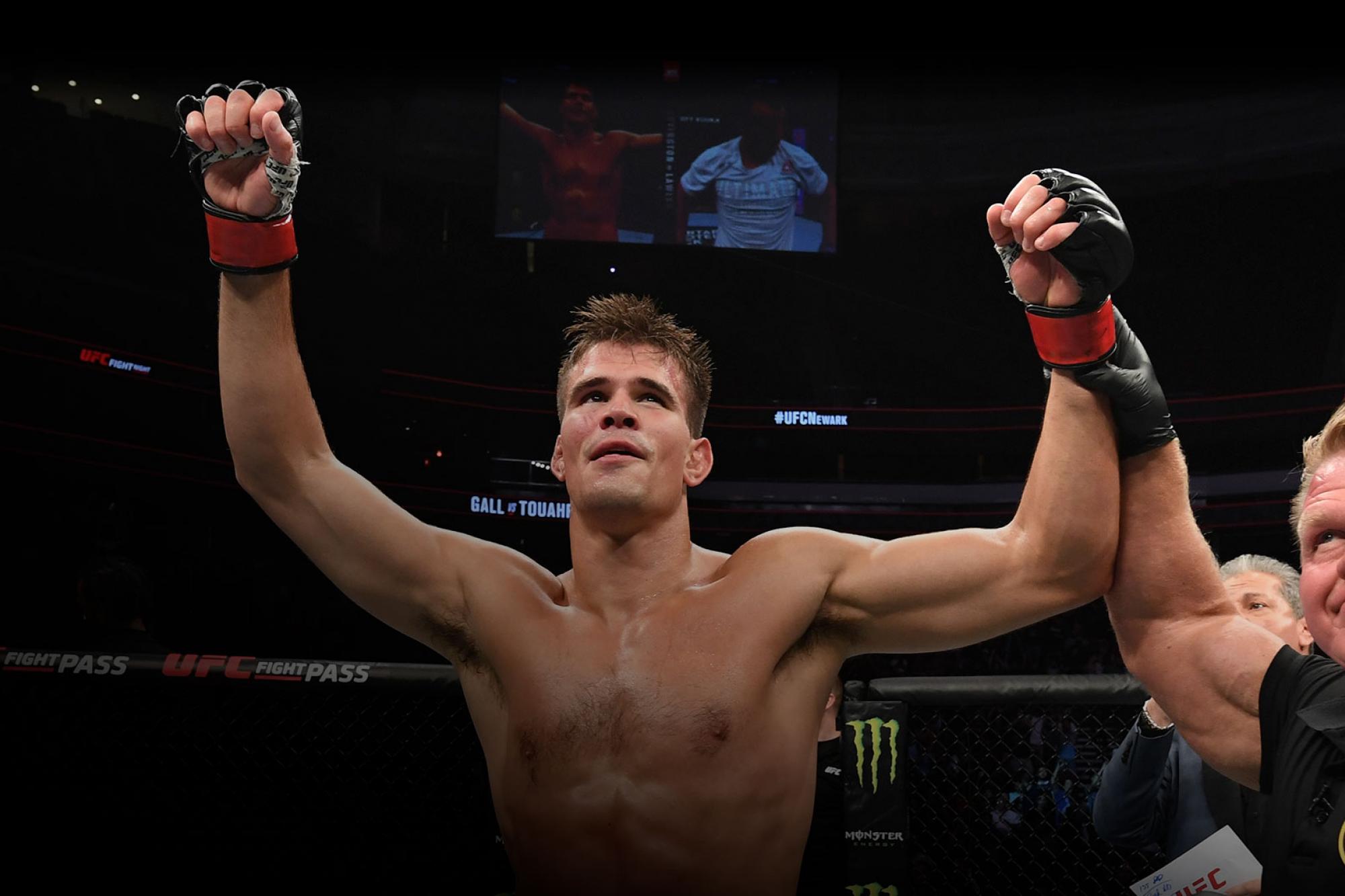 Welterweight Mickey Gall Is Ready To Get Back In The Win Column And Wants To Show That He Is Going To Stay There For Good
By THOMAS GERBASI, ON TWITTER: @TGERBASI • Jul. 22, 2021

The day before the one-year anniversary of his last UFC fight against Mike Perry, Mickey Gall wasn’t thinking about that decision loss, the 12 months of waiting to return, the long injury rehab, or even his Saturday return against Jordan Williams.

On June 26, he was a coach and teammate for five of his friends competing on the Maverick MMA card in Lake Harmony, Pennsylvania. That night, the Gracie New Jersey squad came up big, with LJ Reboli, Josh Ugalde and Elliot Riddick picking up wins, Brett Floyd losing a hard-fought decision, with only Alex Baker forced to sit out when his bout was canceled on fight day.

Watch Saturday With Your ESPN+ Subscription

“It went really well,” said Gall. “My little brother LJ killed it, as always. He's 3-0 pro now and he'll be in the UFC one of these days. And then I had two debuters who both had pro-like composure and dominated and had damn-near perfect fights and just knocked it out of the ballpark. And my little brother Brett ended up losing a decision, but I pride myself on being tough, and he's the toughest guy I know.”

It says a lot about the welterweight prospect that despite all the attention he’s received as a UFC fighter and a star on the rise in the promotion, he’s still one of the guys from Green Brook, New Jersey, unaffected by fame or his standing in the sport. And if you’re on the same team as he is, there’s nothing more important to him than the loyalty that comes along with that. 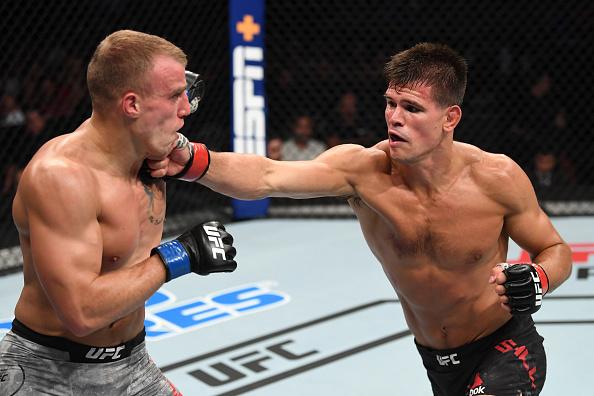 Mickey Gall punches Salim Touahri of Poland in their welterweight bout during the UFC Fight Night event at the Prudential Center on August 3, 2019 in Newark, New Jersey. (Photo by Josh Hedges/Zuffa LLC)

“It's an honor,” he said. “If someone's gotta go in there and win a fight, I think me. In sports, if someone's gotta take the shot, I want it to be me. I trust myself, and I trust myself going to war with them. I'd rather have me there than anyone else. I know that's a little egotistical, but that's what I believe, and I love that they look up to me as the team captain and the leader at the gym. I love that. They're all like my brothers, I'm super proud of them and I love all of them.”

And though the work never ends in the gym, as Gall’s own fight approaches, he has to hone in on what he needs to do to get the victory and break the loss-win cycle that’s plagued him since he roared out of the gate with submission wins in his first three UFC bouts. But after beating Mike Jackson, CM Punk and Sage Northcutt in succession, he suffered his first pro loss to Randy Brown in 2017 and has alternated wins and losses over his next four bouts. If the pattern holds, he should get the W this weekend, but for Gall, the goal is to make a statement that he’s back in the win column for good.

To help him get there, Gall has enlisted the help of veteran 170-pounder Matt Brown, who he’s worked with for a while now. That’s a big plus for someone who entered the UFC for the first time in 2016 with just one pro fight and has been forced to grow up in public, but Gall has been lucky to supplement his training in Jersey with time spent with some of the best in the business like Brown, Mark Coleman, Yves Edwards, Joe Schilling, Daniel Rodriguez and Firas Zahabi and the Tristar team in Montreal.

“People I respect, I tend to hit it off with them the most,” said Gall. “I've been able to hop on the scene early and be able to have the opportunity to train anywhere, and those are the guys that I picked. I picked places that I felt were the best for me, and it's just my respect for all those guys, and I'm happy that I was able to make some great friends that I'll be friends with forever.” 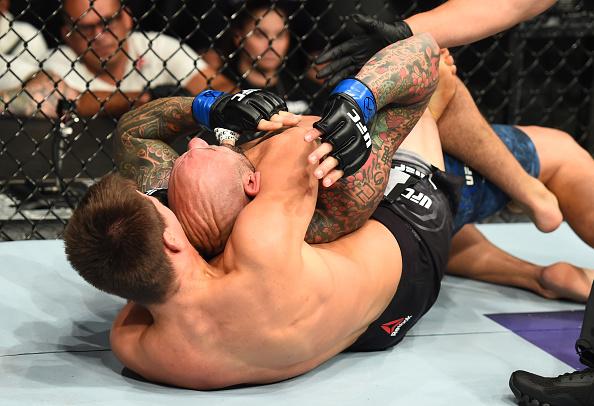 He also learned something about the fight game, both in and out of the Octagon, so when he was sidelined after the Perry bout, he didn’t let it eat at his confidence or desire to return.

“It was definitely frustrating, but in terms of all the things going on and just getting older and maturing and putting things into perspective, I could have it a whole lot worse,” Gall said. “Injuries are part of the game. I didn't expect to never have one, and I know the way I train, I was kind of on borrowed time as it was. Of course, it's frustrating, but I tried to take it in stride.”

And now he’s back, a couple days away from making the walk and doing something that isn’t just a job for him. It’s something a lot more important than that.

“I like getting in there,” Gall said. “It's like a drug I got addicted to. It’s a feeling of getting in there of smashing bones and having one chance to be your best self. Whether it goes good or goes bad, we're doing something special. We're living as Gods, we're living as warriors. We get to go in there and punch someone in the face and try to rip their head off and we're not gonna get into any trouble after; it's encouraged and that's what you have to do. That's what you want to do, that's what we train to do.  Our fight is where we get to paint our picture. That's where we get to be an artist, that's where we get to leave behind something. I've had them go really well and I've had them go not so well, but I want to paint that perfect picture. Sometimes a perfect picture doesn't mean it goes perfectly, but you can do something really special in there.” Leveling Up with Brandon Moreno

UFC Flyweight Champion Brandon Moreno has had a remarkable career journey and now has his dream job. ZipRecruiter provides to help people find the job of their dreams. 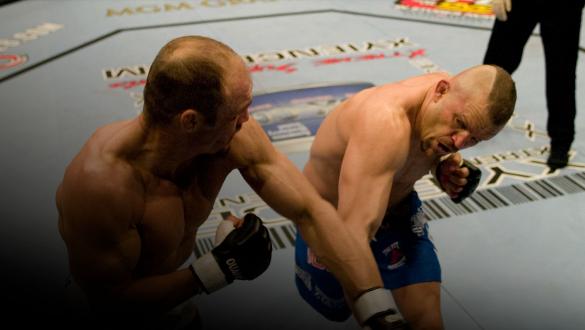 The Best Fights Between The Ultimate Fighter Coaches