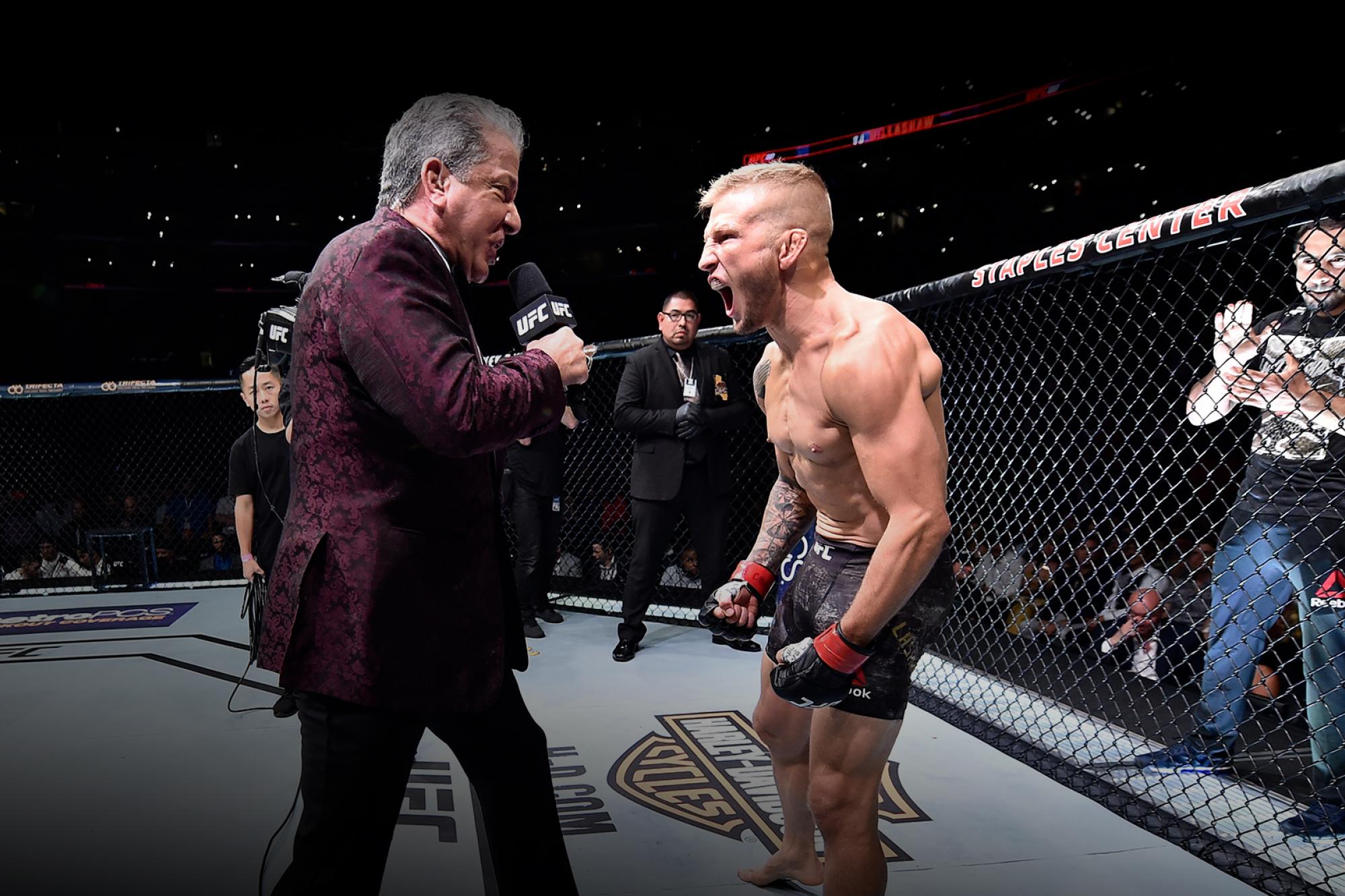 Take A Deep Dive Into The Key Stats Of Some Of The Biggest Matchups At UFC Fight Night: Sandhagen vs Dillashaw
By Zac Pacleb, on Twitter @ZacPacleb • Jul. 21, 2021

Take a deep dive into the key stats of some of the biggest matchups at UFC Fight Night: Sandhagen vs Dillashaw.

(All stats according to UFC’s Record Book as of July 21, 2021, and only include active athletes in their respective division unless noted otherwise)

What It Means: Sandhagen is a highly skilled, physically long presence at bantamweight, and his striking arsenal makes him a puzzle of movement and danger for the best at 135. He is adept at striking from both stances and appears comfortable managing distance on the outside as well as engaging in the pocket. He stays committed to the body and likes to tack on a left hook to his opponent’s midsection at the end of combinations. His array of kicks is diverse, and his technique is consistently clean. On the ground, he is pretty slick with submissions and active off his back.

What It Means: Dillashaw is a shifty, quirky fighter whose cadence makes life hard for his opponents. He can slide in and out of range with quickness, and he takes every opportunity to land a counter shot. His wrestling is strong and allows him to mix skills up nicely, but his ability to set traps and land devastating shots is a testament to his fight IQ. He has been able to recover from early adversity, as well, so even if he gets put on the back foot, don’t expect the former champion to wilt whatsoever.

Read Our Fight By Fight Breakdown

What to Look For in the Fight: This is an incredibly intriguing matchup between a pair of elite bantamweights. On the feet, the two are distinct in their movements but with similar goals of wanting to manage range and dictate the pace of the fight. Sandhagen is the longer man and he utilizes his length well with front kicks and low kicks, as well as a committed jab, but finding the tempo to land those strikes is tricky with Dillashaw. How Dillashaw looks after more than two years away from competition is a question mark everyone holds, but if he’s close to prime form, he is a dangerous and tricky opponent for Sandhagen. 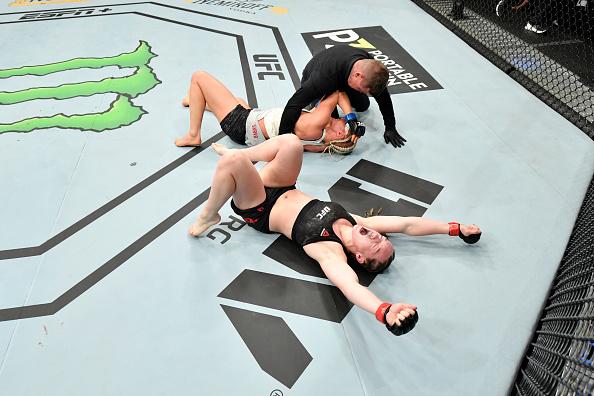 Aspen Ladd celebrates her TKO victory over Yana Kunitskaya of Russia in their women's bantamweight bout during the UFC Fight Night event at Capital One Arena on December 07, 2019 in Washington, DC. (Photo by Jeff Bottari/Zuffa LLC)

What It Means: Ladd is a physical force at 135 with a real aggressive streak when she is tuned in to the fight. Her best work is done up close in clinches, against the fence and on the ground, where she can impose her will. Before that though, she is smart and economic with her strikes, waiting to get into range before throwing her hands in flurries. And once the fight gets close, she can utilize her physical strength to control her opponent and find windows for her heavy ground-and-pound. 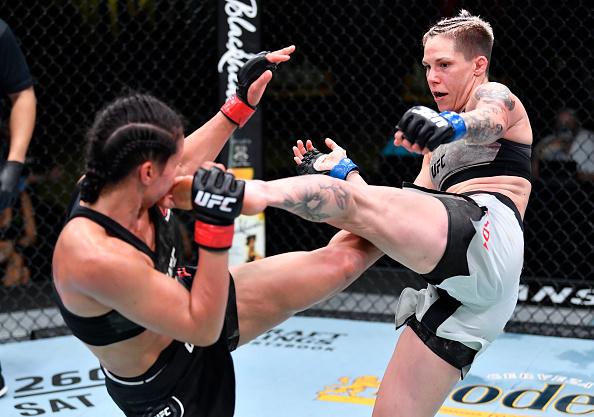 What It Means: The former Ultimate Fighter winner is a lanky, wiry presence at bantamweight. She likes to start quickly and swallow up her opponent with pressure, solid footwork, and diverse striking. Chiasson is also sound in the clinch and in dragging her opponent to the fence, and she shows a knack for taking her opponent’s back or controlling them once she gets them down. On the feet, she is disciplined and likes to use her rangy frame to keep opponents off her until she decides it’s time to engage.

What to Look For in the Fight: Chiasson is probably the quicker of the two, but Ladd’s strength should give her an edge if the fight enters the clinch or moves along the fence. That said, Chiasson’s striking could allow her to keep Ladd off her and move forward a bit more. They both display solid top control, so the battles in the scrambles are going to be of the upmost importance. Ladd likely has more one-punch power than Chiasson, but they both have displayed patience in finding windows for big shots.

Other Fights to Watch: Punahele Soriano vs Brendan Allen

What It Means: “Puna” is a tank of a middleweight with dynamite in his hands. He employs a “boxer/wrestler” style that makes the most of his physical tools, and the knowledge of his power helps him to pour pressure on even if he can’t land the first few punches. If he chooses to grapple, he has a good, fundamental wrestling base that allows him to keep opponents honest.

What It Means: “All In” is a well-rounded, skilled mixed martial artist with a propensity to move forward no matter what, even if that lands him in a dogfight with a lesser skilled opponent. His submission skills are excellent, and he is as dangerous off his back as he is when in control. On the feet, he likes to use a front kick to keep range, and his hands are heavy when he can let them go without abandon.

What to Look For in the Fight: This is Soriano’s toughest test yet, but the undefeated Hawaiian has shown great promise in his pair of UFC fights. Allen will want to manage the range and tempo of the fight, but he has confidence in his ability to both strike and grapple with Soriano. Soriano’s physical strength and power is the game-changer in the fight and gives him the chance to change the tide of the fight at any moment, but it will be the stiffest test of his technique and skills to date. Cory Sandhagen Has Found His Flow

See How The Judges Scored Every Round Of UFC Fight Night: Sandhagen vs Dillashaw